Apologies for the large gap since I last updated this blog. I can partly blame poor Patagonian internet, and the rest of the blame goes to too much great kayaking to be done. First of all a brief update on how the PwP project is unfolding; then some of the more interesting bits from the last month.

One of those incredibly coincidental experiences, so ridiculously lucky/unlucky and unexplainable that it just makes me want to laugh at how comical the world is, kick myself for being so slow/stupid, cry a little bit and in the end just smile that now I have an amusing story to share with whoever wants to hear it. 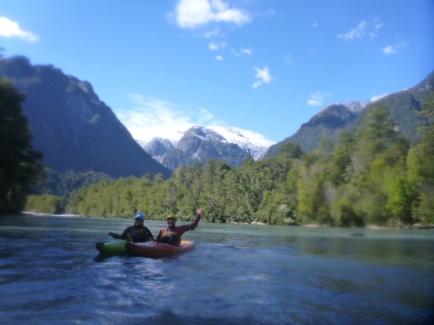 Taking two days to paddle down Rio Michinmahuida LT, Marlo and I couldn’t get over the backdrop of glacier after stunning glacier crawling off enormous snow capped mountains; trade-off was the water was incredibly cold. We were sitting by the campfire in the evening, discussing the worlds problems and how we would solve them; the conversation shifted to Douglas Tompkins & Yvon Chouinard (Founders of the North Face & Patgonia clothing companies respectively) both doing interesting things in conservation; Douglas who has bought vast tracts of land for for conservation throughout Patagonia has individually saved more rainforest than anyone else on the planet. Discussion then turned to my PWP project and LT pipes up ‘You should just go straight to the top dude, just ask Douglas for the rest of the money you need to make you project exactly what you want’. Yeah right LT… How often do you bump into a successful multi millionaire, who is also hugely sympathetic towards conservation causes, particularly in South America? 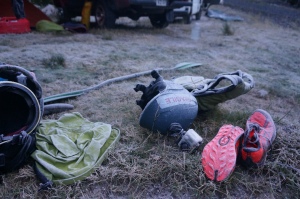 Stoked after such a great run, but thoroughly exhausted; driving back to pick up my van, we had already decided to stop at a little farm which had a sign out front selling fresh ‘frutas y verduras’- there was no way we were driving past such a delicious offer. Dogs chased us down the long winding driveway as a lovely chilean woman came out to meet us. We headed to the greenhouse to pick some of the most delicious tomatoes I have tasted. So tasty that it actually makes me angry to think what Coles and Woolworths are selling back home, sacrificing taste and texture for a more efficient and transportable vegetable; their monoculture making it harder and harder to find these more delicious varieties, seriously what the hell?. Anyways, we get talking to Julia, and she tells us that she is just the caretaker here, the farm actually belongs to a Californian man – Douglas Tompkins. We keep on chatting, he wasn’t there at the moment, he was at his other house up one of the Patagonian fjords. Apparently he flies everywhere, a skilled pilot and has a grass runway at most of his residences for the little Cesna aircraft. I don’t blame him- A month driving on Patagonian gravel roads in my little van is making me wish I could fly. 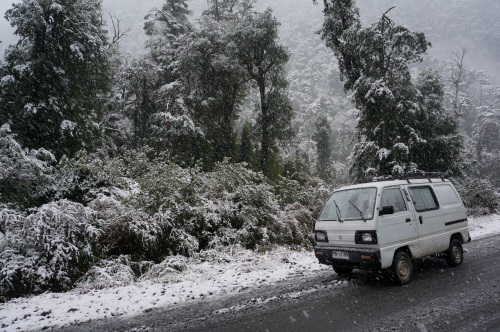 Later that night, while chowing down an absolutely incredible dinner (thanks to LT and the incredible veggies!); I made up my mind to leave a short note/letter with Julia, in hope that one day it might make its way to Douglas, and maybe there is a small chance he will get behind that Paddling with Purpose project, or even just give a couple of hints about his incredible success.

After a slow morning packing up, saying goodbyes to Marlo & LT, I pulled over by the river to jot down a note for Douglas. Continuing down the road into Amarillo, I see a plane in the airfield. Wow wow wow i think…. Maybe he is here? Should I? Should I go and see if I can speak with him right now and hand deliver my letter? I pull over by the airstrip and walk a couple of hundred meters over the grass to two blokes standing by the little aeroplane. My spanish is improving (slowly) as I was able to chat with the guys, I still think they laughed a little bit at how bad it was though.

“Hola! How are you? Yes I am on vacation, but also working in conservation… Is Douglas here? Oh he is! WOW I would love to be able to speak with him….”

The blokes point back across the airfield to an office on top of the hill. ‘He is up there, you should go up’. So off I go. I am on a mission now. It  has taken all of this mornings courage to get this far,  all I need to do now is walk up that hill and knock on a door! On the way across the field I pass a man, say a polite hello, how are you? and keep on walking; I am super focused now; thinking about what I might say and how I might come across (probably not that well given my unkempt hair and lack of knowledge about when y last shower was….).

Sporting my puffy North Face jacket, I am almost set to continue the last 50m up the hill to the office. I decide to brush my teeth before heading up the hill, I want to make a good impression after all. Standing by my van, next to the airfield brushing my teeth, I hear the little aeroplane fire up behind me. The enormity of my blunder slowly makes its way into my mind. I consider running out onto the airfield and chasing down the plane as it taxis down the runway, instead I slowly walk out onto the grass and watch as it doubles back, takes off and flys away over my head into the endless mountains and glaciers of Patagonia.

In an empty field, on a quiet Patagonian morning I had just walked straight past Douglas Tomkins. A successful multi millionaire, who is also hugely sympathetic towards conservation causes, particularly in South America. Even if he wasn’t interested in financially supporting this project, I am sure he would have had some incredibly interesting words of wisdom to share; especially in regard to the Patagonia sin Represas.

I find it interesting how life can lead you somewhere completely unplanned and somewhat uncanny for a chance encounter, it happens much more often than I would expect . I puzzled over these events all day, obsessively trying to make sense of it until I simply wrote this story down for you, that’s all I could make of it. If I had of brushed my teeth when I should have (directly after breakfast) 3 extra minutes would have meant I probably would have walked out onto the runway with Douglas, and had a conversation with him, instead of the Chilean guys. An hour more or less of phaff when packing up camp in the morning would have meant not seeing the aeroplane at all, and this going on my merry way, completely blissfully ignorant. Why then, do I end up stupidly walking across a field at exactly the right moment, but without the nous or quick thinking to realise that was the man I sought. Maybe if I paid more attention to pop culture, or to the way people look and dress,  I would have realised in passing? Maybe if I was bolder I would have had more success. All I know is next time I walk past a conservationist millionaire in an empty field, I will actually make contact with them.

A Month in Patagonia 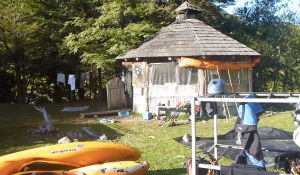 Life in the month of March revolved around a small quincho on the banks of a giant river in the paddock of a farm named Caro del Indio, 40km from the town of Futaleufu. Whether cooking up the giant trout we just pulled out of the river, sitting round the fire cooking up a hearty vegetable stew, making bread or even having the odd movie night (courtesy of laptop) every day would start there and every day would end there. Baby piglets would squeal as they pushed and shoved for a feed, the horses galloped, chickens pecked, sheep bahhed and well you get the picture. 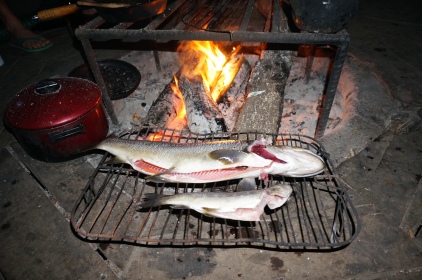 It was a simple life. Slow internet (if any), no power unless you want to walk a little ways over to the homestead. Hot water on available only when you could be bothered building a fire and warming the boiler out in the paddock. Clothes could be washed by hand, but invariably most of them just didn’t (seriously put those claims about merino wool base layers to the test). Eat like kings for the first few days after a visit to town, however by the end of the week we would always be scrounging around for the last onion to pad out a stew of soup mix and beans, or worse. Simple, easy and good. 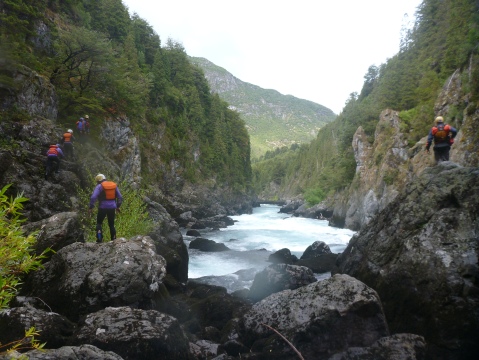 Every day we would bundle ourselves together, somehow sort out a shuttle and run a few laps from bridge to bridge, which would usually end up being bridge to Casa, because why stop at the bridge when there are two perfectly awesome rapids right below it? If someone was going into town you would gather up your courage and barrel down Infernal Canyon, and when we were feeling particularly motivated run a Todo (Total) Futa.

It’s true. Futaleufu is an astoundingly amazing river for paddling. The huge volume of water that makes its way down meant that even at low water, it was bigger than anything else I had paddled. Every day it was different. Even when the level changed by a few centimeters a new line would open up or new wave form; Futaluefu for a month, but never the same river twice.

The company was great, whether it was those crazy entertaining Europeans Bernhard & Leon when I arrived; Marlo, LT & Matt at the end or Gonzo & Glenn the whole way through. Everyone was there to paddlle, laugh eat and enjoy. 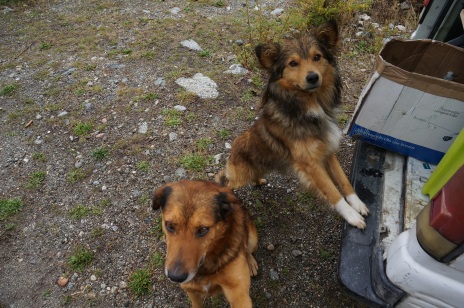 In order to avoid a day of ferries and to see something new, I decided to cross the border and drive north through Argentina. This also meant taking advantage of their super cheap fuel prices (1L $1.20AUD in Argentina compared to $1.70AUD in Chile). Some incredible scenery and a quick stop in Bariloche to experience a chocolate lovers heaven. Main centre of town consisted of chocolate store after giant chocolate store. Lots of km to cover each day meant a largely uneventful journey, the most comment worthy pat was crossing the border back into Chile.

It was a quiet afternoon at the Pino Hachado border crossing, 1800m high in the Andes. On the Argentine side dogs were humping INSIDE the customs building, on the Chileano side things were a little more professional. The guys working were friendly and amiable, when it came to confiscating a large portion of my food supplies they were fairly apologetic. My supply included dried beans and lentils ( all bought a month earlier in Chile, always reliable if you get caught somewhere), some delicious tomatoes and 6 eggs. When they were about to throw it all in the bin I simply asked if I would be able to cook some up and eat it then and there, before entering Chile. It was quiet, hardly anyone else was there so I figured it wouldn’t be any trouble for them “Sorry we don’t have a kitchen” replied the friendly officer who had loved his time spent on the gold coast a few years ago. That’s ok I replied, as I whipped out my little MSR gas stove. Fairly bemused they watched as I cooked up a Fried Egg & Tomato Roll, one fellow even got his I-phone out to take a snapshot of the crazy Australian cooking in the back of his van in customs. 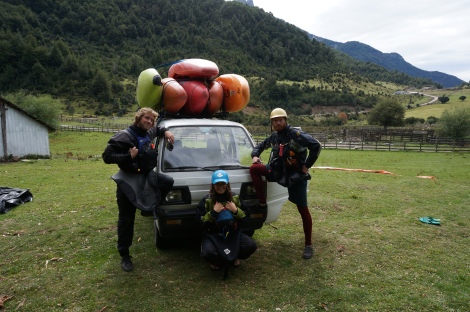 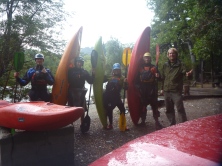 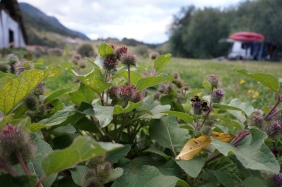 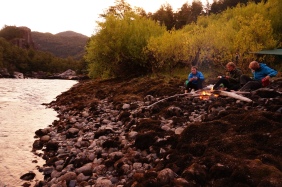 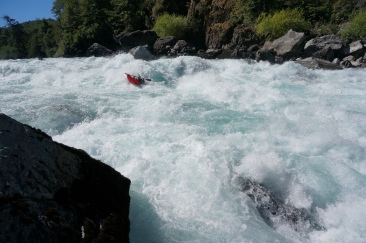 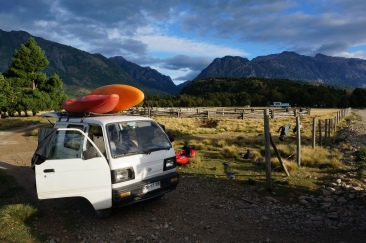 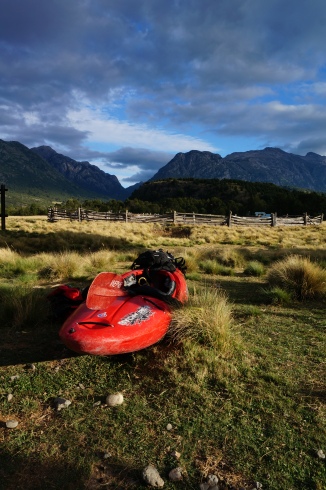 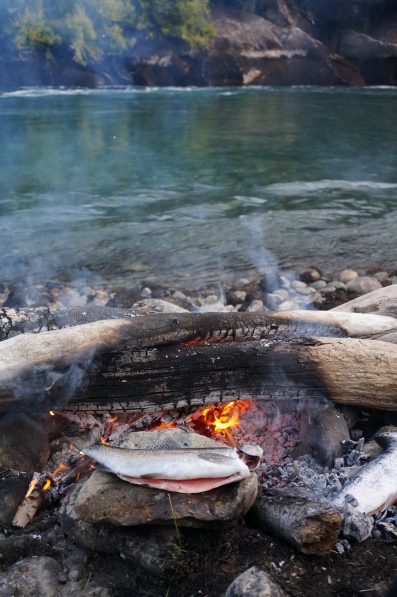 Efficiency – River to Rock in no time 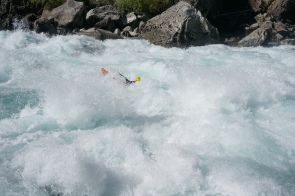 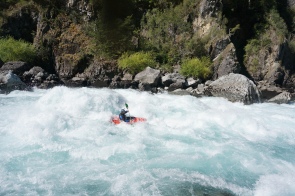 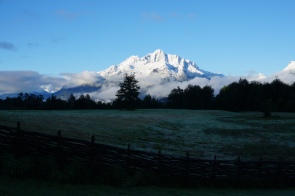 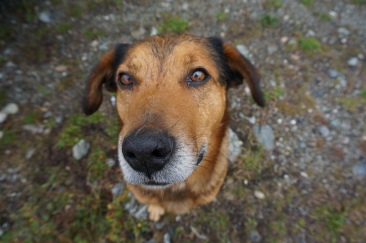 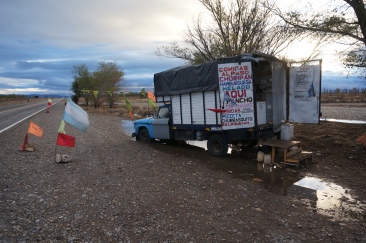 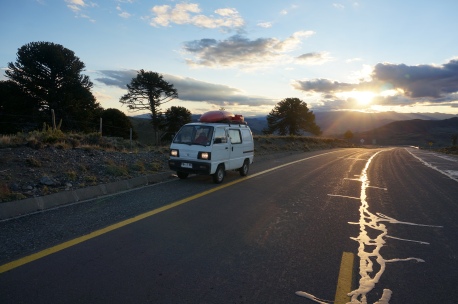 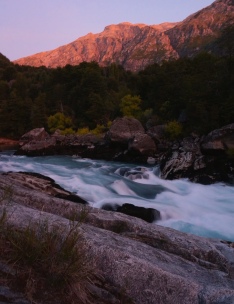 2 thoughts on “Project Update, Chasing Millionaires & a Month in Patagonia”