I haven’t updated this blog in quite some time. Over 6 months… I just didn’t feel like writing, but now i do, so here are some stories to fill the gaps! Apologies for spelling mistakes, no time for review on my little blog 🙂

The end of 2016 saw me unexpectedly whisked home to Australia for a surprise visit to Melbourne and Tasmania. Rok Rozman was the man with the plan (although a lot of the time he is happily without plan; the carefree farmer gets the biggest potatos, or so the saying goes in Slovenia) and he was the force to make it happen.  Our mission was simple. Visit Anka Makovec, a Slovenian-Australian river saving legend who helped make the Franklin Victory possible; and then go and paddle the Franklin. Along the way we would be filming for Rok’s documentary, The Undamaged and spreading lots of good river protection vibes. Simple!

It was awesome to be swept up in Rok’s boundless energy into the endless flow that is the Balkan Rivers tour, travelling with Matic  who was able to capture every moment perfectly.  Funny how things just seemed to line up perfectly with very little effort, and friends appeared at every turn to help us on the journey. From Jane giving us a roof  to shelter under when we were soaking wet and cold (really the nicest roof in all of Launceston, if you need a place to stay call Jane!), to Matt & Jane giving us a backyard in Hobart & huge amounts of inspiration (both epicly awesome in their own way, Matt with films and photos, Jane with the Tasmania Land Conservancy), to Killian lending us his car, a kayak and gear no questions asked. Without doubt though, the hugest gift of all was from Brett & Klaudia at Water by Nature – Franklin River Rafting; they kept us fed and looked after while we floated down the Franklin, I haven’t eaten that well since, and probably won’t eat that well until I go back on one of Brett’s trips.

Meeting Anka was something else. We were aware that she was unwell, and had been warned that our visit would probably be less than an hour due to her low energy levels. When we arrived, Anka seemed drained, tired and unable to move from her chair; but as Rok told her stories of Slovenia and the river protection movement they are creating, something magical happened. Anka livened up, started smiling, joking, telling us stories from the Franklin and then suddenly she was up! Out of her chair walking around the house and off into her motor scooter, whooping and laughing as she drove up and down the street outside. All in all, our meeting with Anka lasted about 4 hours! It was an inspiration to meet someone who has lived life so fully as Anka.

Just two months after our visit, Anka passed away peacefully on February 16, 2017, aged 78. Though the news was sad, my heart was happy. Happy that there were, are and will be people like Anka in the world. Happy that I had the chance to get to know her, at least for a few hours. Happy to see what life is like at the other end of life lived full of adventure and purpose.

Best. food. ever. Thanks, Brett & Klaudia!

From our visit to Anka, we went straight to the Franklin, and paddled. Well the others paddled; I mostly beatered, having a couple of spray skirt implosions whilst figuring out how to use the strange skirt that Killian lent me… We were fed incredibly well with all the chocolate you can eat, shrimps, steaks, lamb cutlets, cheeses and crackers and all manner of treats. If your ever going to the Franklin (which you really should do), go with Brett & Klaudia for sure. 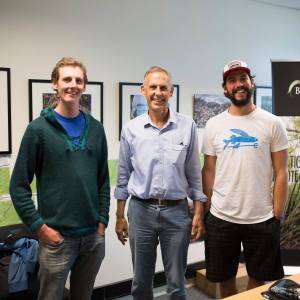 We got to hang out with Bob Brown! What a legend.

After the trip, Rok and I did a presentation in Hobart about our respective river protection projects and met some inspirational people involved in the protection of Tasmania’s stunning wilderness. AND we got to spend a few hours with Bob! Life highlight right there, Bob has lived a life for sure.

After that it was super nice to spend a few days in Melbourne catching up with family and friends, before I jetted back to Canada where I was working working away the winter season with brother Paul at Whitewater Ski Resort.

Canada was stunning, cold, and super fun. It was great to spend some time living with my bro, and to have a break from all the riverly things, at least for a few months. Whitewater was an awesome place to work, with awesome crew; and awesome props to Coner for being the best boss in the world; he allowed me to take a month off work before I’d even finished training, so I could go galavanting off to Tasmnania for reasons which were hard to explain on paper (though I did try).

At the end of the season as a lifty, I was offered an extra 2 months work taking out the Summit lift, so they can put in something from this century… Such a fun, ridiculously different project to work on. Driving around on Snow Mobiles & snow quad bikes, ripping fresh laps every day in a resort that is puking powder, yet closed to the public, and then just doing normal stuff like chopping, pulling, lifting, but its all in the snowwww!!!

Nelson, Canada, it should be noted is a super cool town. Stunning, clean and quirky. Huge hippy undercurrents, many great people getting around and Just Dance. One day, I will have to spend a season paddling all that the Kootenays have to offer….

All up, the winter was an excellent break and space to recuperate; grateful for all the friends I met in these months, Anka and Bob are absolute heros, and Rok is a crazy crazy guy and I can’t wait til the next time we paddle a river somewhere. Here’s to the carefree farmer.

Here’s some pics from Canada, these were from our tour up to Ymir Peak. So glad to have made it up there what an awesome run down! 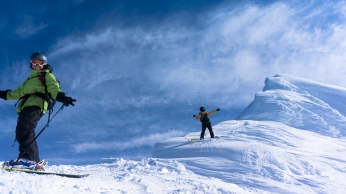 One thought on “A visit to Tassie with an old friend”